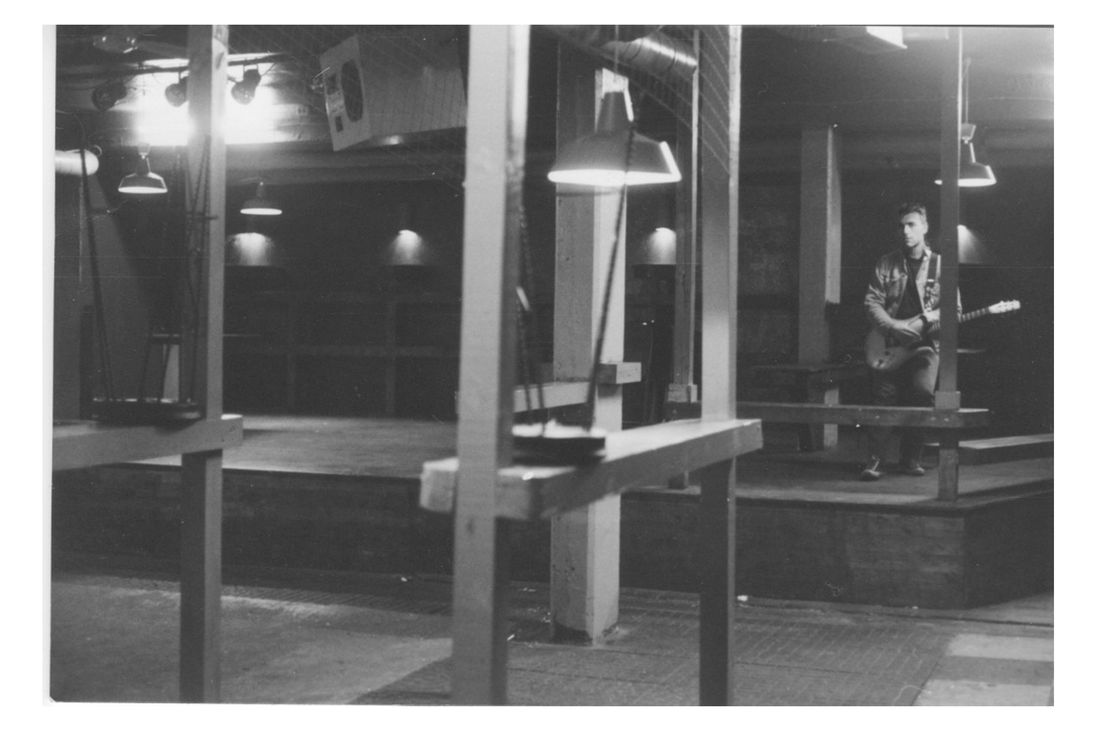 Chris Haskett was born in Washington DC in 1962. He started playing the guitar at age thirteen. In 1977 he was invited to join  the seminal DC group, The Enzymes. Heavily influenced by elements as diverse as Anthony Braxton, the Art Ensemble of Chicago, Captain Beefheart and Sun Ra and simutaneously the Damned, the Bad Brains and Wire; the Enzymes were outliers on the pre-hardcore DC scene. But the environment was still welcoming and during this time the Enzymes were an integral part of the small musical community that included The Bad Brains, Ian Mackaye and Henry Garfield (later, Rollins).

Moving to England in 1982 he joined the trash/surf band Surfin Dave and the Absent Legends. The band put out one LP, "In Search of a Decent Haircut" and toured the UK and Europe a good deal in the mid 1980s.

In 1987 Chris played with Jah Wobble on the latter's LP Psalms. 1987 also saw the break-up of the Absent Legends, which  coincided with the break-up of Black Flag and provided an opportunity for a much-discussed collaboration with Henry Rollins. The result was 1987's "Hot Animal Machine" with Surfin Dave drummer Mick Green and notable DC bassist Bernie Wandel providing the rhythm section. The actual Rollins Band was formed that Spring with veteran Gone members Andrew Weiss and Simeon Cain. This line up toured extensively (virtually nonstop) through 1992 and released three studio LPs: Lifetime, Hard Volume and The End of Silence as well as live albums Turned On  and Electro Convulsive Therapy.

In 1991 Chris was invited to come record guitars for Tuxedomoon member Steven Brown's solo album Half Out. He also played on the European dates the following year.

In the wake of Andrew Weiss' departure, bass duties were taken up by Melvin Gibbs. 1994 saw the release of Weight (nominated for a Grammy award that year) and in 1997 the band put out Come In and Burn.

In 1995 Chris put out his first solo CD, Language., a mixture of electric soundscapes, musique concrete and acoustic compositions. A number of the tracks also featured Birthday Party/Crime & the City Solution guitarist Rowland S. Howard. A fuller collection of the Haskett/Howard collaborations is slated for release in the future.

The Haskett/Gibbs/Cain incarnation of the Rollins Band disbanded in 1997.

1998 and 1999 saw Chris doing sporadic solo shows both with a guitar/bass/drums/drums lineup and also some duet collaborations with Reeves Gabrels. The Gabrels connection led to a spot playing second guitar on the track "If I'm Dreaming My Life" on David Bowie's album Hours. He was subsequently hired to the touring band but the planned tour, intended to begin in New Zealand on New Year's Day 2000, was cancelled.

In December 2000 Chris filled in on guitar for The Cassandra Complex's Wetware European tour. 2001 saw him back in Europe with Foetus touring on the album Blow. At the end of 2001 Chris was out in the US with Pigface for their Preaching to the Perverted tour.

The following decade saw Chris keeping a relatively low concert profile and concentrating more on producing and remixing. In 2002 he put out Not Part of the Solution, a more loop and sample-based guitar album. 2004 saw two programmed CD releases under the name DJ Linux. The first, Return of the Geary Act was all original material while Dubhead was dub reworkings of Pigface's industrial album Easy Listening.

In 2011 Chris resumed his collaboration with Brandon Finley and released an EP entitled Maybe Definitely ( a nod to Jeff Beck's Definitely Maybe)
2013 saw the release of instrumental solo acoustic material on Gravity:Left/Right.

December 2014 saw the release on CD and vinyl of an EP recorded with his Europe touring trio, The Courage Born of Conflicting Terrors.

2015  saw the resumption of shows in Europe and a lineup change in 2016. The current four-piece features Chris on guitars and electric mbira, Collin van Gerven on bass, Ton Massen on percussion and Johan Jansen on drums. the project goes under numerous (usually sardonic) names including: Chris Haskett's Amplified Ambitions, Chris Haskett's Thigmotactic Materialism, Chris Haskett's Unlikely Compositions and so on.